Somewhere, On Any Given Weekend 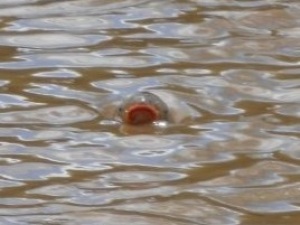 Somewhere, On Any Given Weekend

In flickering flare, one points to smeared window
of shack they affectionately call The War Room,
rather than leaving it nameless. “You know,

some of us poor slobs are gonna have to scramble
up there and clean that brimming mess we left,
maybe even wash some of those dishes.”

After a moment of silence, another sticks out
tongue, looks at speaker, laughs and says, “Nah.
We’ll just do what we did last time. Play cards,

and the biggest loser wins that privilege.”

Notes: Purely fictional, although my father was given to telling stories about the male gatherings at an uncle’s cabin. Of course, I was not allowed on those occasions. Used all but one of the words. Image is a photo I took last summer at a nearby park. One of my favorite places to spend leisure time.

Loves words and language. Dances on paper to her own inner music. Loves to share and keeps several blogs to facilitate that. They can be found here: https://1sojournal.wordpress.com/ https://soulsmusic.wordpress.com/ http://claudetteellinger.wordpress.com/
View all posts by 1sojournal →
This entry was posted in Somewhere On Any Given Weekend and tagged clean, fish scales, overalls, play cards, Poetry Pantry, Poets United, scramble, Sunday Whirl, Sundays Whirligig, War Room, wordles. Bookmark the permalink.

16 Responses to Somewhere, On Any Given Weekend